Two Puppies At The Same Time 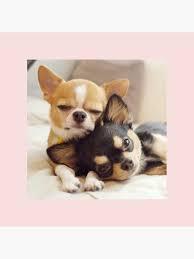 Puppies, like other babies, are so cute! So if one is cute, two are twice as cute, right? Two puppies are twice the work, twice the socialization, twice the training costs and the veterinary costs are doubled. Now lets throw twice all of these products like dog food, dog treats, crates, collars, leashes, boarding costs and the list goes on and on.

If you are considering adopting or purchasing two puppies, then I recommend you also consider your motives. For example:

1. I have two children and each needs his or her own puppy.
2. If we get two puppies they can grow up together and be friends.
3. We have always wanted two puppies.
4. Two puppies will occupy/entertain each other while I am at work.
5. We might be saving an animal’s life if we get two puppies.
6. The person we are getting our puppies from suggested we take two because they “want them to stay together.”

Canine experts warn against adopting/purchasing two puppies at the same time, so if you want two puppies, consider acquiring one puppy and then waiting a year for the other one.
One of the problems with getting two puppies is that they almost always bond with each other and frequently very little with the humans in the household. The puppies will most likely grow up to be inseparable best friends, often affecting the dog-human bond. Think about it: if you were in a room with 100 people and 99 of them were alien and one was like you, who would you try to get acquainted with? Of course the one that you can communicate with. Puppies/dogs are no different. They bond ﬁrst with the “Living Thing” that they can communicate with and speaks their language. I have found that many owners of two puppies end up disappointed in their relationship with their dogs, even though they are committed to keeping them for life. Also if something comes up where the puppies/dogs need to be separated then the strong bond between them can cause stress related behavior problems. For example, one puppy gets ill and has to spend time at the veterinarian hospital, or owners get sick and the dogs need to go to separate homes while you recover—the stress on the dogs frequently manifest into behavior problems. Keep in mind that with two dogs that are truly bonded, separation from each other can become a world-class crisis that could result in life-threatening behaviors such as anorexia, separation anxiety, pacing, relentless barking, and other anxiety behaviors. Yes, dogs can have all those emotional crises when not with their buddy.

Many new puppy owners think that a second puppy will keep the other puppy company. Think about this, if you are too busy for one puppy then you deﬁnitely will be too busy for 2 puppies. There are many interactive toys to leave with your one puppy when you are gone. That said, nothing replaces socialization with the puppy’s human. It is wonderful to have puppy play dates and puppy socialization but acquiring another puppy does not replace your interaction with your puppy.

Two puppies are also twice the work. They also might not train at the same speed. One may be house trained in a short amount of time and the other may take a couple of months or longer.
Two puppies are twice the expense: veterinary care, training supplies, food, treats, toys, boarding costs, and double care time. If you are purchasing a puppy from a breeder that recommends that you get two puppies then FIND another breeder. In my opinion, a truly responsible breeder will refuse to sell 2-puppies to one home. In rare cases a new prospective owner can convince a breeder that they have the skills to raise 2-puppies at the same time.

Many of my clients over the years have told me that when the older dog went to “Dog Heaven” that the other one grieved but eventually began to turn all their energy back into the humans in the household. I have personally seen this in my own home.

I have two children and they each want their own puppy!

What a very sweet idea! As the parent you can say, NO! I have always shared my philosophy with the parents in my practice, “Would you want an 8-year old taking care of feeding, walking, grooming, etc. all your needs?” When your children are getting bored with the time and consistency required with puppies and they have other activities then now it is your double duty to do ALL the puppy work. Puppies are a lot of physical work, now multiply that by 2.

If you take the “Good Dog One-der Class” then it will show you how to involve your children and I truly believe it will change the dynamics of one or two puppies in your home. The “GDOC” shares with you the trademarked family walking formula along with “Cheeseburger Biscuits”— a recipe that my son found when we incorporated the walking formula into our home. My suggestion/advice is that if you have to get two puppies then try to space them out to at least a year apart.
Now You’ve Done It!

If you go ahead and get two puppies at once, take heed to this advice: If you get two females there is a huge possibility that they will not get along. I have dealt with many sibling rivalry cases and the majority of them were between two females. Consider choosing a male and a female or two males. Advice on which sexes to acquire if you are determined to get two puppies at the same time. Many same sex puppies get along throughout their lives. Many of mixed sex pairs do the same. I have found in my practice if ﬁghts/conﬂicts arise then two females can be the worst. Two males are less likely in ﬁghts/conﬂicts especially if they are both neutered. If ﬁghting between any two dogs in the same household occurs then you must seek help from a qualiﬁed behaviorist or ﬁnd me on the network at myk9behaves.com Most dogs only ﬁght when in close proximity to their humans. When dogs are out in the yard with no humans around they usually do not ﬁght as they understand “Order”they do not know jealousy. This is part of the wolf that has never been domesticated out of the dog. If dogs ﬁght when no humans are present then that usually means that they cannot live together. Dogs can and do ﬁght to the death.

Always crate/kennel the canines separately. For the ﬁrst 2-weeks keep the puppies in separate kennels in the room with you. This way you can hear them if they need a potty break in the middle of the night (this will only last until the puppies are 11-12-weeks of age) and the puppies like the closeness, smell and breathing to the new human in their life.

Train them separately. If there are two training capable people in the home then train them in separate rooms. The “Good Dog Oneder Class” will walk you easily through all training with ease. Do not feel guilty about putting one puppy in the crate and working with the other—then switch after about 30-minutes.

Play with them separately. When you are playing fetch with the two puppies then one of them could suppress the softer personality puppy and that puppy will have a difﬁcult time learning to fetch.

Go on outings separately. This will increase the human animal bond.

Individual time with each puppy is crucial.

Train them separately. Do not feel guilty about putting one in the crate/kennel and working with just one at a time.

Once you see that each dog has bonded with you then you can begin to walk them together. However, I do suggest that you still spend one on one with them at different times throughout the week.

If you decide to do two puppies at the same time then you have my blessings. Just make sure that you ﬁnd a positive reinforcement trainer or ﬁnd my program the “Good Dog One-der Class” online at https://fampetvet.com/dog-and-puppy-training/. It will also allow you access to me to get answers to your questions.

How Are We Doing?

Review Us!
Back to top